Today’s city planners and similar authorities pursue numerous options to save energy. However, it’s also necessary to investigate the most feasible ways to produce it. An unexpected power outage could wreak havoc in a city, but backup electricity systems show preparedness. Portable solar generators are viable options. Here are some reasons why that’s the case.

Statistics indicate that the solar power generated in nine U.S. cities is higher than what the whole country produced only a decade ago. Honolulu, Hawaii, is leading the way. It boasts 1,133 watts of solar capacity per person, equivalent to about three solar panels.

Portable solar generators can help add to a city’s total energy from the sun. Such solutions are also valuable when a city hosts events that will drastically increase the power dependence. Consider how some places host festivals that attract tens of thousands of visitors.

Some of the preparations for those events could include investing in portable generators. The equipment could be particularly handy at places like a festival’s campgrounds or staff check-in areas. England’s Glastonbury utilized several eco-friendly options in 2019, including solar generators. Estimates suggested the solutions would collectively save more than 200 million metric tons of carbon dioxide compared to diesel generators.

Portable solar generators are not sufficient for handling all of a city’s renewable energy needs. However, they can provide additional flexibility and help the city expand its dependence on energy from the sun.

Whole-home generators are among the most proactive options for preparing residents for potential blackouts. They allow people to keep using electrically powered medical equipment, as well as do other essential things, such as preventing refrigerated food from spoiling. However, portable solar generators are additional worthwhile resources for supporting a household’s needs, especially when whole-house generators are not immediately available.

During one winter storm in Texas, an ambulance service received more than 50 calls in two days from people who relied on critical medical equipment but had no power sources. Plus, one generator provider in Austin said the company had approximately a 200-request backlog for people asking for backup power. That increased demand occurred after especially severe winter storms in the area.

The solar power industry has created about a quarter-million jobs in 10 years. However, the sector will still feel the pinch of accelerated need in areas of increased demand.

Portable solar generators may not be enough to power everything in a home. However, they could be options for people who need electricity sources to ensure their survival. One of the primary benefits is that it’s usually not a major endeavor to get a portable solar generator set up and working.

People can bring portable solar generators wherever the need is greatest. City officials could supply residents who can’t wait for a more robust option with portable generators to close the gap.

Supplying Power in Rural Locations or Those With Infrastructure Limitations

Portable solar generators can also be game-changers for cities where residents cannot rely on other power sources. In one case, a billionaire couple pledged to contribute up to $12 million to locations in Australia where bushfires or floods prevented using the electric grid. The pair focused on portable solar panels and battery arrays. However, it’s easy to see how solar-powered portable generators could fit into their plans, too.

When the leaders of Utah business Lion Energy heard about the desperate need for portable power during the Ukraine invasion, they decided to act. Frank Davis, the company’s founder and CEO, said, “It’s one of the No. 1 things they are looking for: portable power. It’s not available.” The company sent $400,000 worth of portable solar generators and other equipment to Ukraine. It will reportedly supply power to bunkers and troops in the field.

These examples show how portable solar generators can provide power in various scenarios. City decision-makers that invest in such equipment can prove to current and potential residents that they’ve thought carefully about how to provide reliable, eco-friendly energy sources. 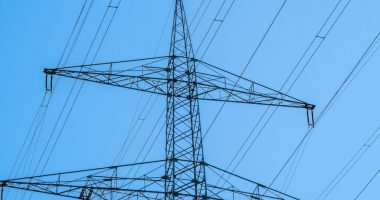 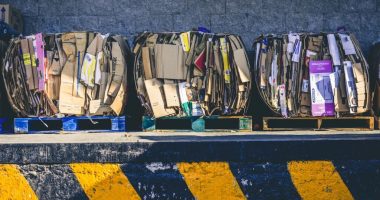 You might be disgusted by the consumer world we live in, but… 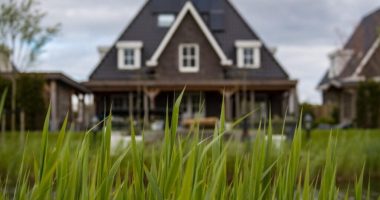 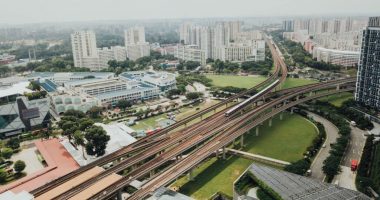 President Biden signed the Paris Agreement upon entering office, which outlines the…