York is the first city in the UK to introduce city-wide real-time transport modelling to help ease congestion and pollution through its Smart Travel Evolution Programme (STEP).

Phase one of the programme, which started earlier this year, involved improving the connectivity and data collection of York’s transport technology assets to future-proof how the city deals with changing levels of demand.

Phase two, in partnership with Alchera Technologies, brings an intelligent data exchange platform to manage the underlying data structure and provide real-time anonymised data on the movement of vehicles around the city.

Alpha takes large volumes of data from existing networks and delivers it to transport and mobility-related applications using advanced machine learning, data fusion and analytics to support a growing portfolio of data-driven infrastructure use cases.

“We’re still in the early deployment phase of Alpha and we expect the platform to be fully enabled by the end of the year,” says Dave Atkinson, head of transport at City of York Council. “Previously, the council has monitored the network through staff checking CCTV and social media feeds, with network monitoring operators and transport engineers manually implementing new signal changes to better manage the flow of traffic in busy periods. Alpha will be the data powerhouse working integrating with cutting edge traffic modelling software to provide network optimisation and predictions.”

“When you are trying to deal with complex, congested cities, being able to react to situations in real-time is key,” says Anna Jordan, co-founder of Alchera Technologies. “Our largest system integration combines thousands of sensor sources and performs hundreds of thousands of measurements every day. This represents the only demonstration of absolute, real-time traffic counts and classifications, at city scale, in the UK today. Data in the system is handled in a fully transparent and auditable way – recognising that data ownership and usage will be critical in future smart cities.” 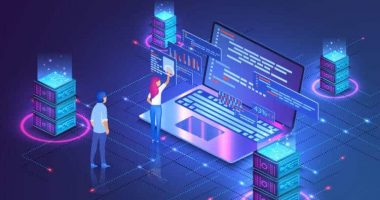