EXCLUSIVE: Voices of the ITS World Congress

What were the main takeaways from the ITS World Congress in Hamburg last week? As the event drew to a close Traffic Technology International got assessments of the event from two key ITS luminaries. But perhaps it is only fitting to start where the event began, with a salutary reminder, delivered by Auma Obama at the opening ceremony, of the transportation challenges faced by the developing world…

“Africa is growing really fast. We have a very young population, so we have a tremendous opportunity – access to mobility is access to opportunity. If we fix our transport systems – our mobility systems – it will help our economy grow and it will reduce poverty. But it has to be thought through because it doesn’t just happen.

“I wish we could be talking about the level of mobility that is being talked about in Europe and in America. In our case we’re not there yet. We’re struggling with this rapid growth and the we’re struggling because development is happening without plan

“At present, we’re doing a lot of work creating super highways, as we call them, but normal folk end up having to walk because they don’t have vehicles, so they can’t use the super highways. We need to start with proper urban planning, which I call on governments to address. Our whole mindset has to change – smart mobility for us means we have to start getting the governments involved.”
Dr. Auma Obama, founder, Sauti Kuu Foundation, speaking at the ITSWC opening ceremony

“I found the ITS World Congress this year to be part amazing, part surreal, and part exhausting. The first couple of days there was loads of adrenalin as it was great to see everybody and then you get to day four and five, and you’re just like, wow! It’s like, if you haven’t worked out in a while… like when you get back in the gym! But it’s good to get that stamina back up.

“The pandemic showed that we’re at a place in our in history where this convergence of technology and transportation is both real and needed. Hamburg has been a great host city  but now I’m just really looking forward to LA next year. I’m going to be the chair of the World Congress board of directors for LA. So, we’re already making all the plans and, you know, lining up all the pieces. I think Hamburg has been an amazing host city. But it was, you know, 50 degrees and rainy and cold. And today in Los Angeles, it was 79 and sunny! So, we’ll have some of that as well!”
Shailen Bhatt, senior vice president, Global Transportation Innovation and Alternative Delivery, AECOM

“It’s been great to see all of these folks, and is great to see the progress that has been made. And I’m especially impressed with what Volkswagens been able to do with, with V2X. You know, in the US were tied up in knots about what the communication protocols are going to be. And in Europe Volkswagen are just moving ahead.

“They’re deploying with G5, which is a DSRC technology. But I was with Qualcomm and they were talking about C-V2X. And frankly, that’s what should be happening – we should be talking about multiple levels and multiple types of communication instead of just one.

“Volkswagens has been out in front so much, that all of these other startups are now talking about cycling and how to connect bicycles to the cars, so the cars know that there’s a bicycle ahead, And the cyclists know there’s a car coming up behind. So, I think there’s some really interesting technology coming that will help to save lives.”
Kirk Steudle, senior vice president, Econolite

The post EXCLUSIVE: Voices of the ITS World Congress appeared first on megapolisnews.com. 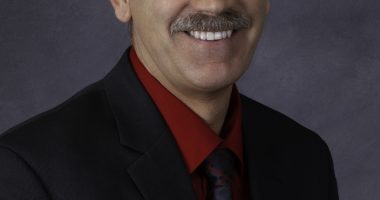